I introduced direction using big squares (10-15) of cut off carpet and we directed each other from one square to the other.

We then broke off into pairs and built mazes using lego using differentiated mazes.

The children then used the commands to direct the lego character safely through the maze.

I extended some children by introducing the loop and if command. Coding a LEGO Maze 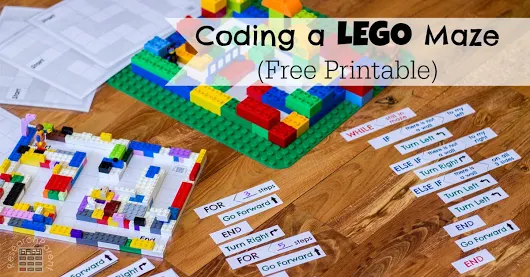